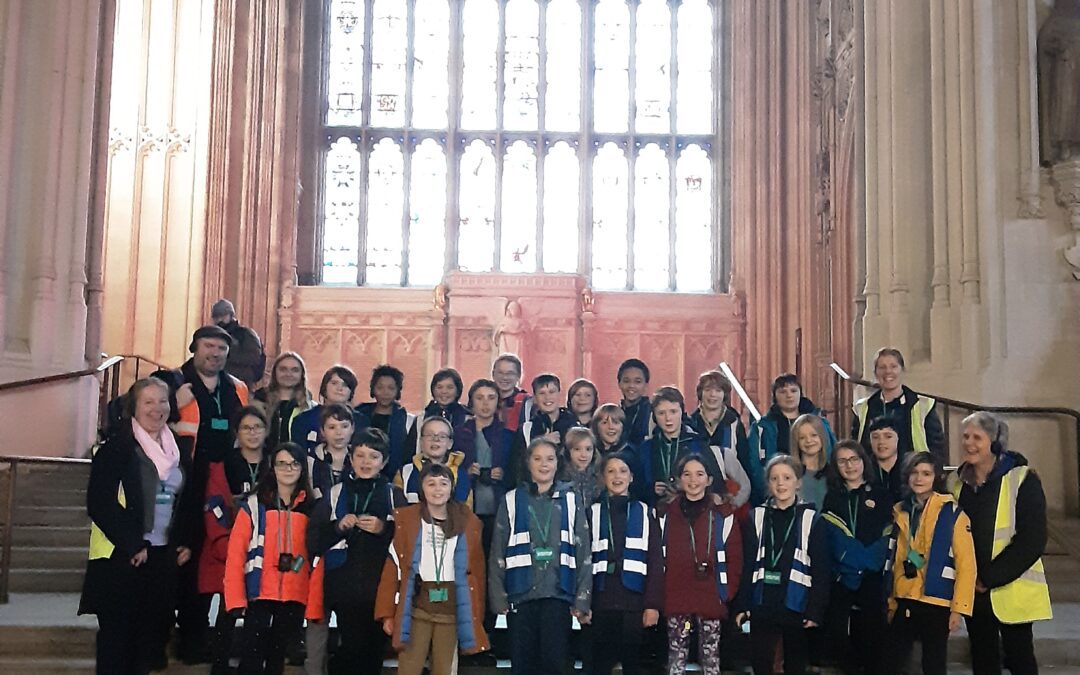 Eagle Class had a very successful trip, by train and tube, to Parliament yesterday. On our tour of the Palace of Westminster, we managed to see inside the House of Lords, and the House of Commons, where a questioning session was taking place. We saw Damien Hinds, the Justice Minister, being challenged about prison overcrowding, by the opposition Members of Parliament. In the lobby, we met Ian Paisley MP, who told us about the challenges of the Northern Ireland Protocol, and also explained that he enjoys the job of being an MP because it allows him to help people.

After that, we took part in a debating workshop, discussing whether or not homework should be banned. Christopher took the part of the Speaker, and Rosa made a passionate speech in favour of the motion, which carried it! Fortunately (or unfortunately) the motion is not binding at Park Street!

After lunch, we walked along Whitehall, seeing 10 Downing Street on the way, through Horse Guards Parade to Buckingham Palace. In St Jame’s Park, we saw many different species of geese and ducks – some of us even saw a pelican!

Please see the photographs below!

As a school we seek to be child-led. When the Governing Body asked the pupils across the entire school to discuss what our core values are, this is what they said:

Learn more about our school

Learn about life at our unique 'village' school situated at the heart of Cambridge.

With only 120 pupils, relationships are at the heart of the school, where every member of staff knows our children and families well.

View a video created by the school's parents and children.